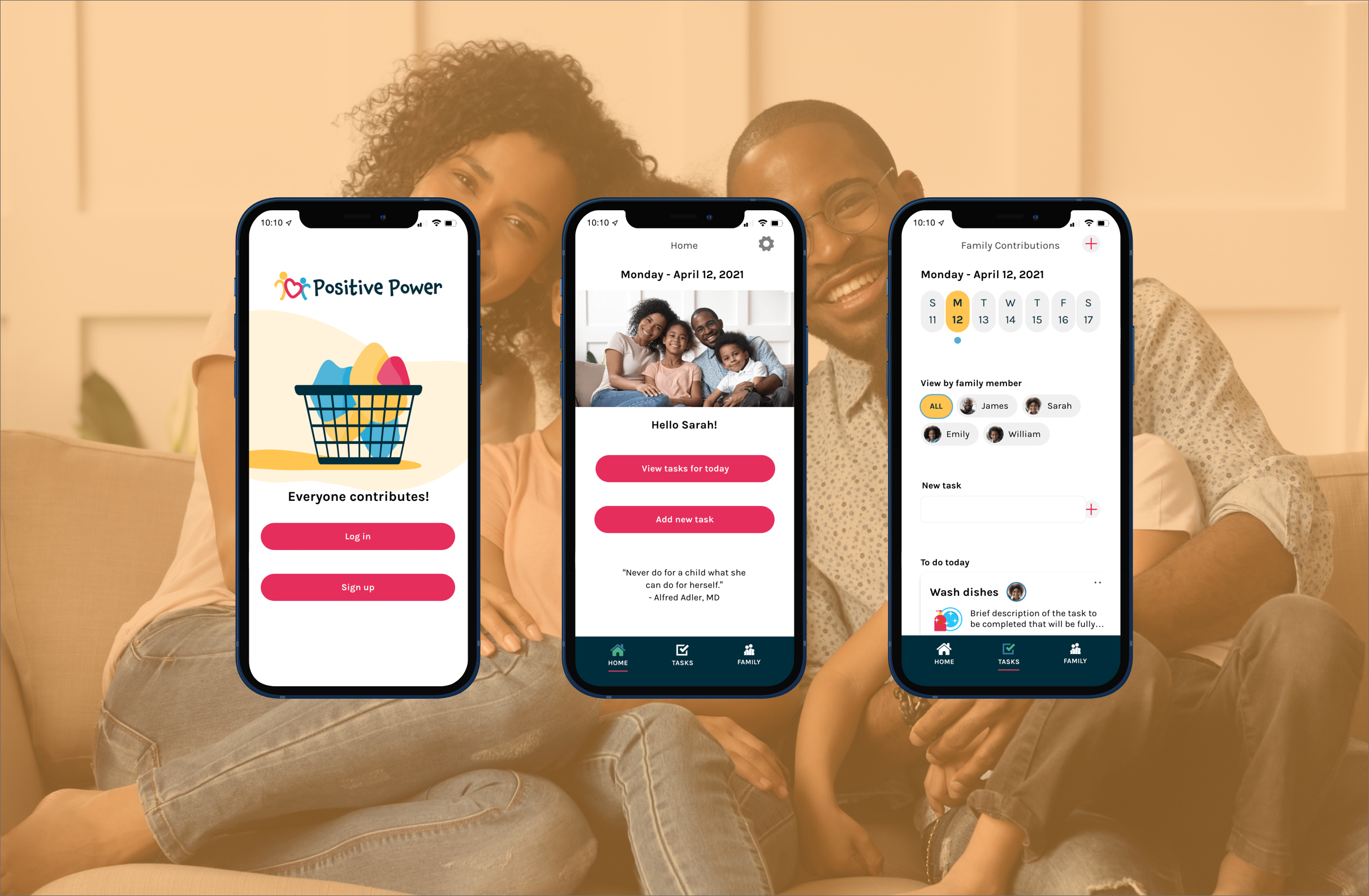 Create an app for managing family contributions that aligns fully with the teachings of Positive Parenting Solutions.

By creating a family unit with unique user profiles, I was able to improve communication and visibility for families using the Positive Parenting Solutions method for family contribution tracking. 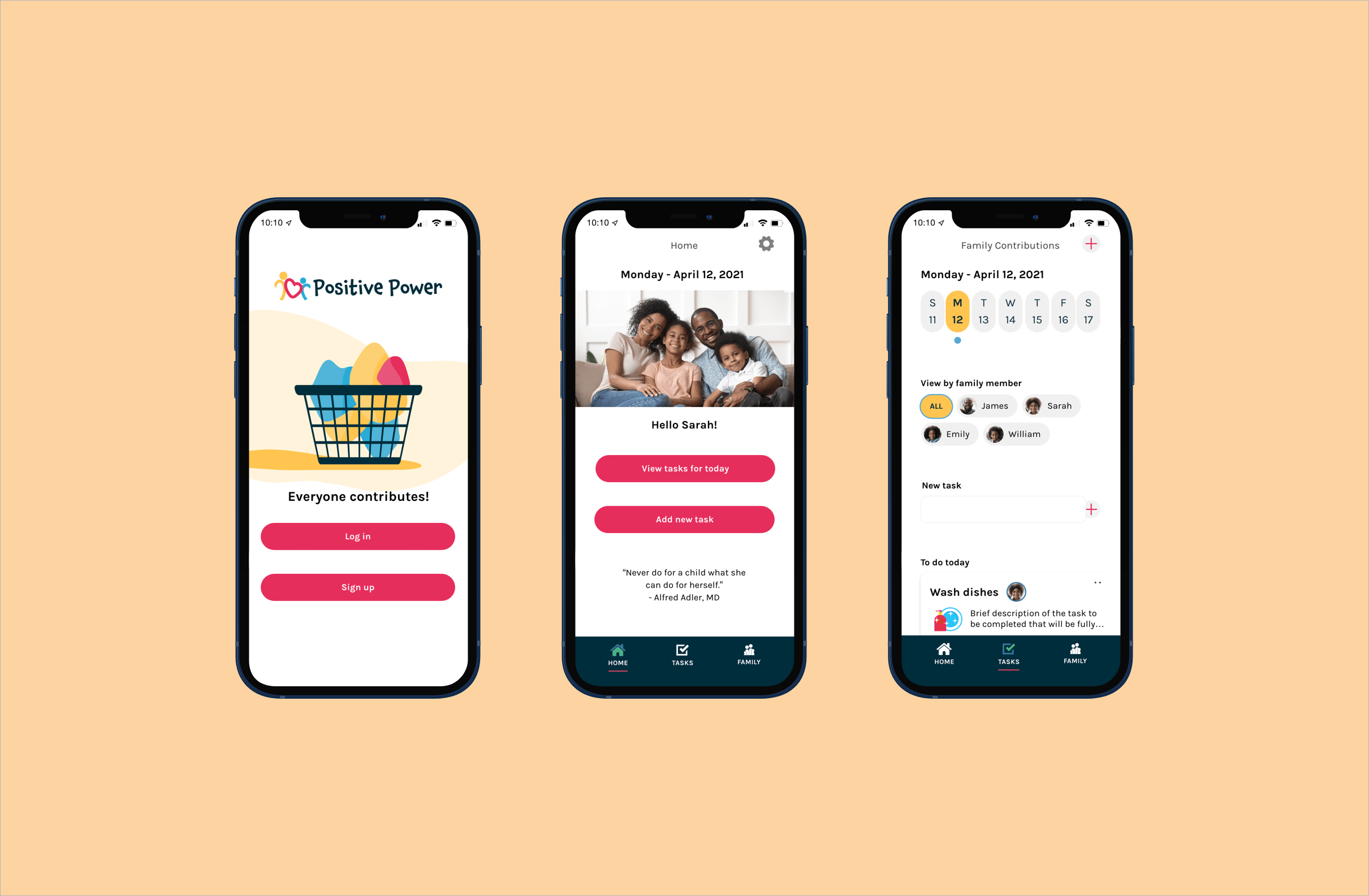 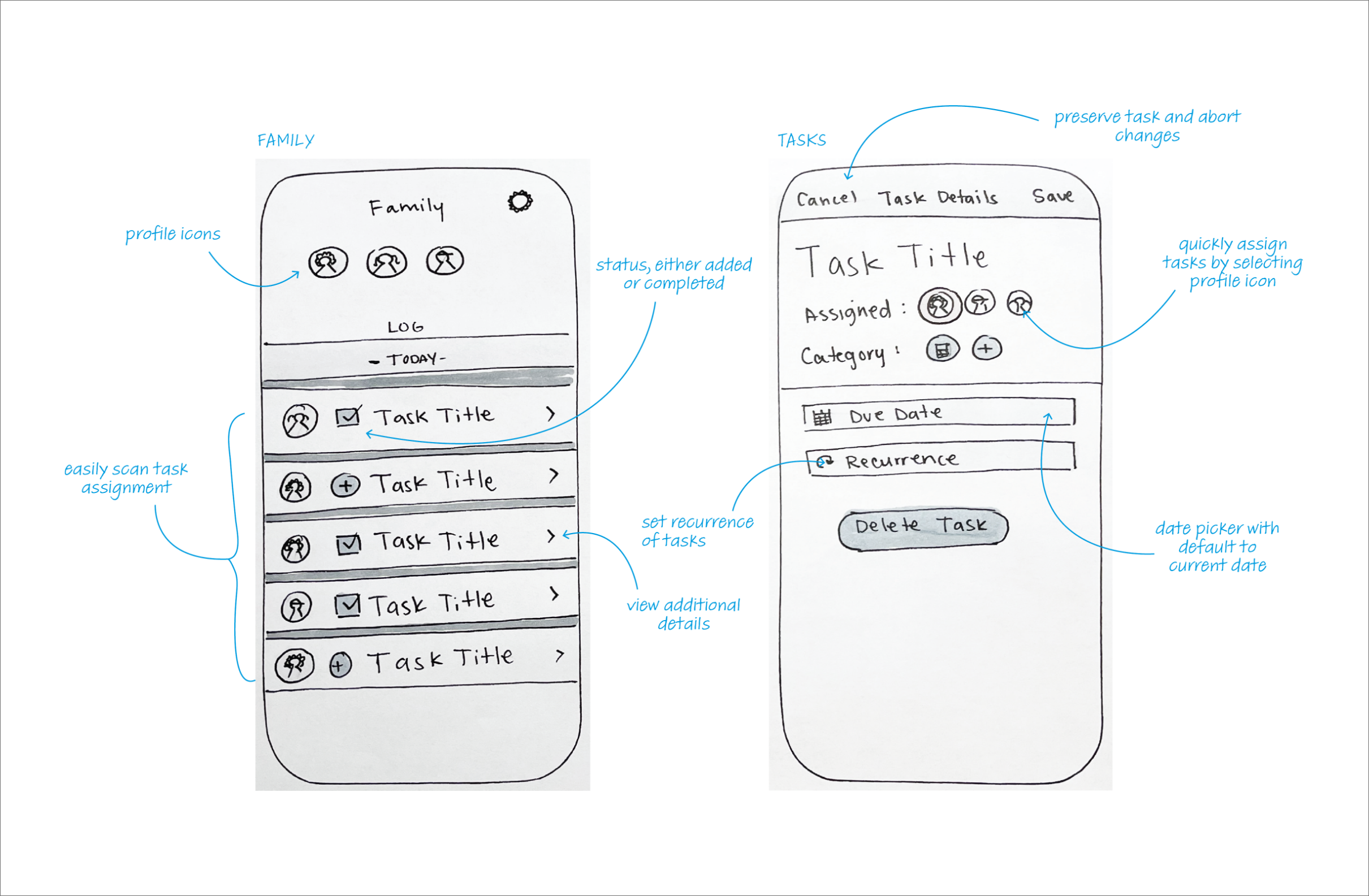 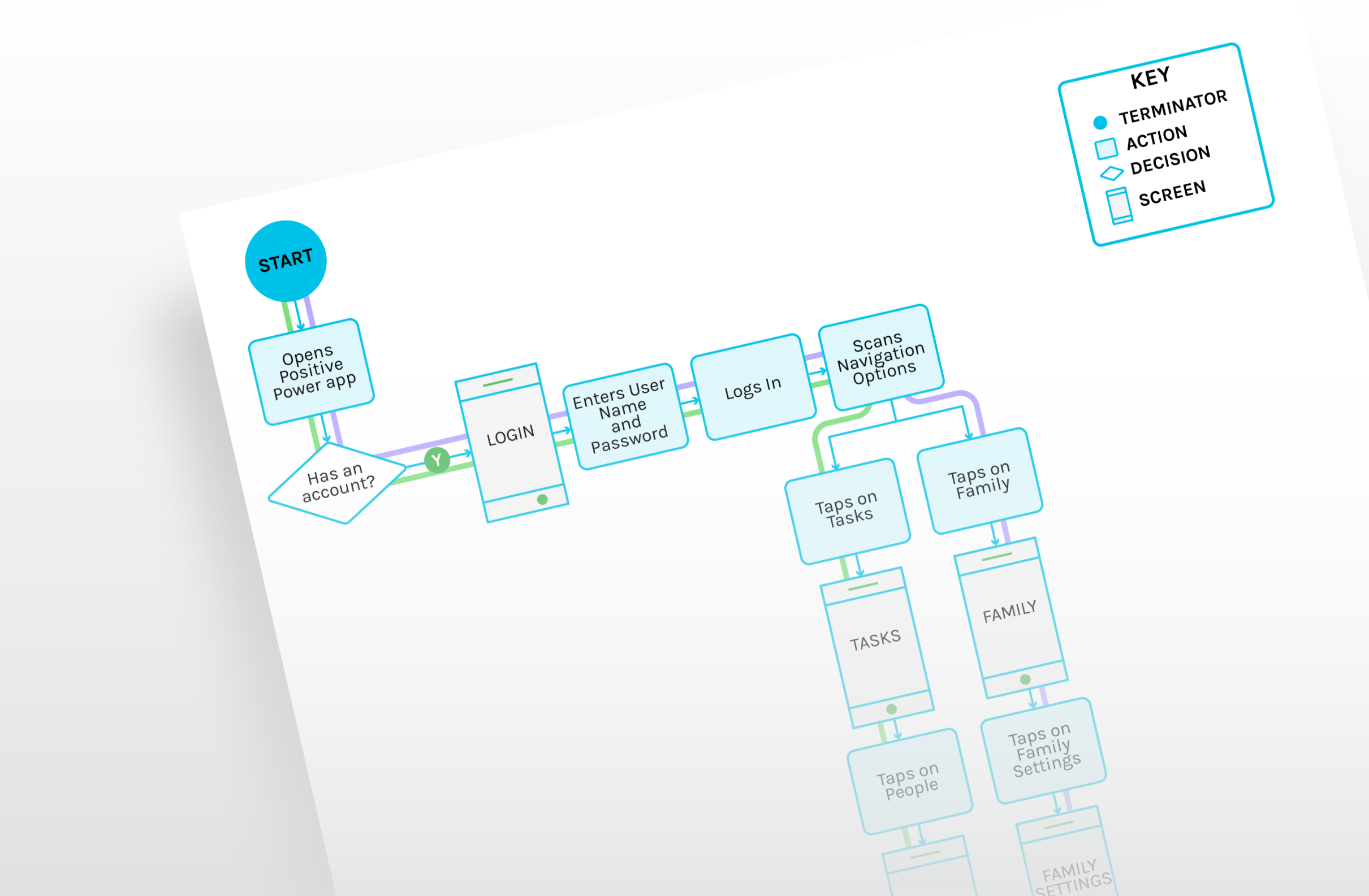 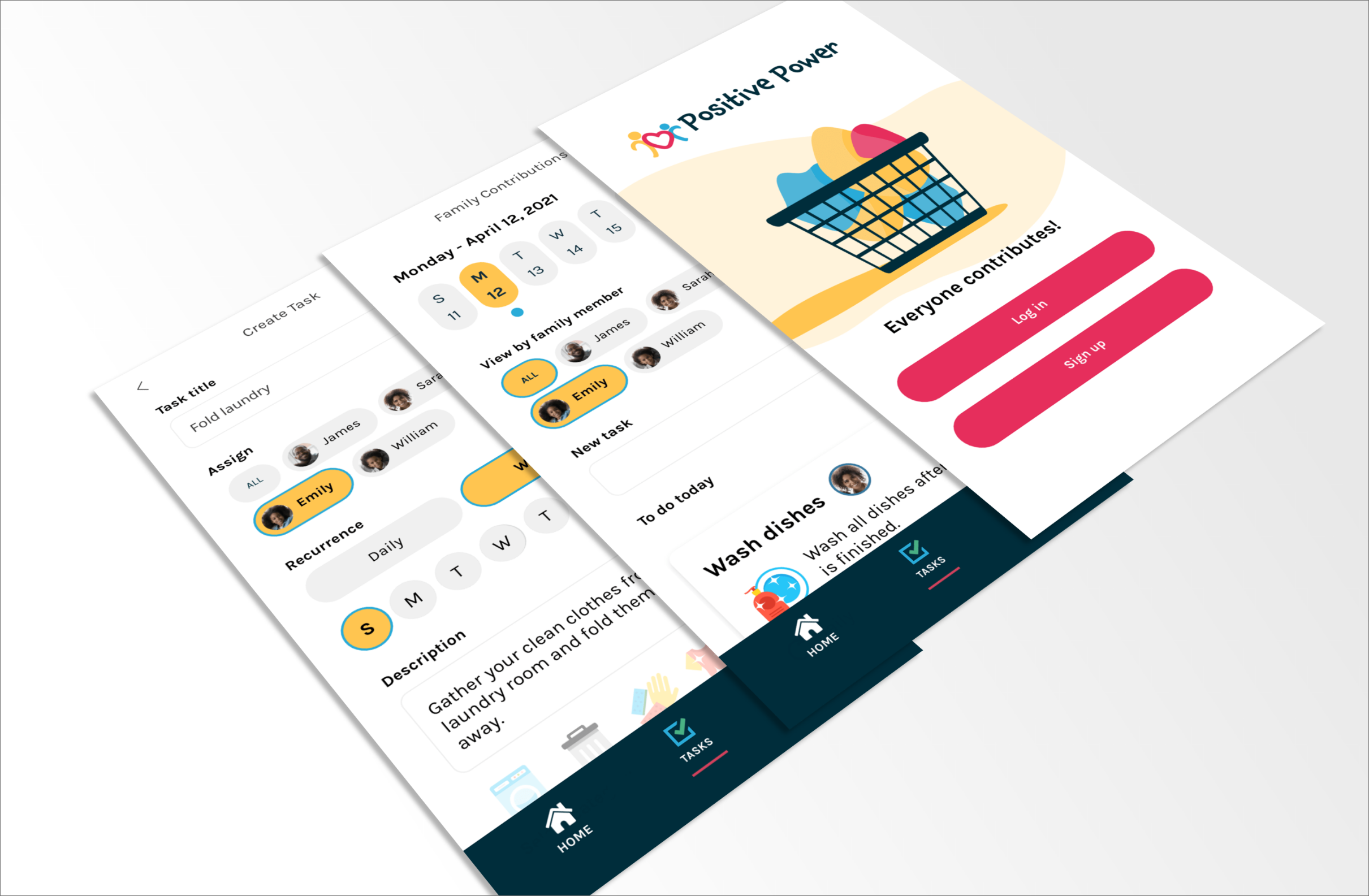 Positive Parenting Solutions (PPS) prides itself on equipping parents with the tools they need to get kids to listen without nagging, yelling or losing control. They employ a 7-Step Parenting Success System with a strong focus on psychology. They emphasize empowering kids to be confident, capable, and independent through family contributions.

‍This is a speculative project. I am not associated with Positive Parenting Solutions.

While there is no shortage of chore apps, none that currently exist quite fit the bill for the PPS teachings. Most focus on tracking rewards or incentives, and others boast their integration with financial institutions to pay for chores completed. PPS parents were left with printouts and DIY attempts at tracking using apps that were “kind of close”.

The goal was to find a solution that would fully support and encourage family contribution through convenience and improved visibility.

I set out to provide them with a prototype of an app that could support families looking to implement the teachings of PPS within their own homes and encourage family involvement for both parents and kids.

To establish a clear understanding of what is currently available and what the current trends are, I conducted market research into the top apps. In doing so I was able to uncover offerings and identify trends and patterns. I also further explored the topic of chores for kids and the research that currently exists in this area.

Here are a few things I learned:

I next sought to find out which elements of a chore app are important to PPS families.

The current patterns for tracking household chores and family contributions were found to be a mix of to-do lists and calendars posted on the fridge.

To identify the users of the app, I used my market research to identify groups that would likely interact with the app and identified their goals and pains, and presented them in my provisional personas.

At this point I wanted to understand the current state of families attempting to track chores on their own. I decided to conduct interviews with parents and hear their stories about managing, tracking, and completing chores within their homes.

I scheduled Zoom sessions with eight participants and asked open-ended questions about current methods for tracking chores, be that apps or otherwise. I wanted an idea of how families might be using workarounds or other products. I also wanted to understand any frustrations and delights that were uncovered from this effort.

Using my research findings along with the results of my interviews I began the process of analyzing the responses. This aided me in being able to identify patterns within the responses.​​​​​​​

I was able to identify several areas of focus that would guide me moving forward, they focused on communication, setting a time frame, completing tasks as a family, and incorporating a visual element, be that for reminders or viewing and managing assignments.

To gain additional perspective I created a user persona to give me a lens through which to focus further research and feature implementation. I also included the insights from the empathy map. I was able to establish the motivation, frustrations, goals, and needs of the Positive Power user based on those insights.​​​​​​​​​​​​​​

“I’m trying to restore calm in my home. I want my kids to know that I see the effort they're making. And I want to avoid the frustration of having to remind them. I have enough to remember on my own!”

• Improve communication within the family

• Get chores done without reward or payment

• Tasks completed by a specific time

• Activities that help her kids develop

• A way to monitor what’s being done around the house

The insights and needs that were revealed during this empathy map exercise and the associated goals and needs identified for the persona, were then developed further as Point of View statements and How Might We questions to identify actionable problems to solve for.

Taking the observations from my interviews, and identifying key insights, I identified the user needs and was able to develop three How Might We questions to explore further:

How might we make it easier for Sarah to communicate within the app about chores?

How might we make it easier for Sarah to assign family chores that should be completed together?

How might we make it easier for Sarah to indicate when a chore is due?

The next step for me was to focus on the How Might We questions and conduct a series of mind-mapping style brainstorming sessions to identify possible approaches to solve user needs.​​​​​​​

This brainstorming exercise allowed me to identify a few key areas to focus on, including repeated elements like having icons, and clear indicators, as well as the idea of customization based on the user, be that through a profile, or individual logins. There was also the repeated idea of needing to indicate a timeframe clearly for tasks that would be completed.

To keep the goals of the business as well as the user in mind, I referenced the project brief, the user persona, and my research and found areas where they overlapped to further focus the approach toward a solution.

With a list of potential features, I created a product roadmap that referenced the business and user goals, and took into account the estimated effort and complexity, as well as the impact to determine the priority.

After identifying the necessary features, I created a sitemap that would allow me to determine how the app would support smooth and intuitive interaction.

I then wanted to visualize the expected interaction within the app when completing key tasks. I used the sitemap as a reference and created a task flow complete with the screens and actions taken.

That was further developed into a full user flow with decision points to start thinking about how the user would be interacting with the prototype.

That assisted me in determining which screens would be needed to successfully navigate the task flow and user flows and created my list of the UI requirements including screens for logging in, reviewing and interacting with tasks and family members.

Sarah's excited to get her youngest daughter involved with doing more chores around the house. She knows that now that Emily's older she can start to take on more responsibility and feel more significant within the home.

Task 1: Sarah wants to add a new family member within the app.

Task 2: Sarah wants to assign a task to an individual.

I first created the pages I needed for completing tasks and used them to create my prototype for user testing.

I took my mid-fidelity wireframes and wired them for testing. The decisions was made to test with this version of the prototype to allow interaction early on before design decisions were made and would allow for quick edits.

I created a plan for my usability testing by taking the identified objectives, subject, method, participants, recruiting, script, scenario and tasks along with the goals, assumptions, and test and error-free rate estimations to layout the interaction with users that would be participating in my usability testing.

I conducted unmoderated remote user testing using Useberry. The testing allowed me to collect observations related to the usability of the Positive Power prototype. Each session was recorded so I was able to review the results and compile them into categories using an affinity map. Those categories were then turned into insights and recommendations.

To begin the exercise of establishing the brand style I started with the brand words, identified during my review of the PPS resources. I created a mood board and then further developed that into a UI Kit. As the elements were put into place on a high-fidelity version of the prototype, I made adjustments and generated a final version of the UI Kit to aid future screen and feature creation.

For my final prototype, I implemented the following changes that were identified during testing:

I made the ability to add tasks available by tapping on the family member’s name on the Family screen.​​​​​​​

I improved the accessibility of scheduled tasks from the Family screen.​​​​​​​

I added avenues for accessing content from the Home screen.

Positive Parenting Solutions is just one approach when it comes to developing a peaceful home. Whether participants were aware of the teachings, or just wanted a way to more simply manage the necessary contributions around the house with their kids, the problems this app can solve are fairly universal. Focused effort was made to apply the principles of PPS, but I could see this app being just as successful without the user being aware of the connection.

I enjoyed learning about the variety of ways that families are managing their households on their own, just out of necessity. There was a mix of methods that were learned from childhood, and that developed based on the needs of the family. Each interview gave me insight into some incredible innovation, and reinforced the similarities around a need for some way to manage the home.

The final deliverable will provide users with a way to track family contributions that aligns with the teaching of Positive Parenting Solutions. Giving families the ability to encourage positive behavior and empowering kids to contribute and find significance within their family structure.

​​​​​​​Moving forward we’ll expect to make additional improvements to the app through feedback from users, as well as further exploration of previously identified features from the product roadmap. 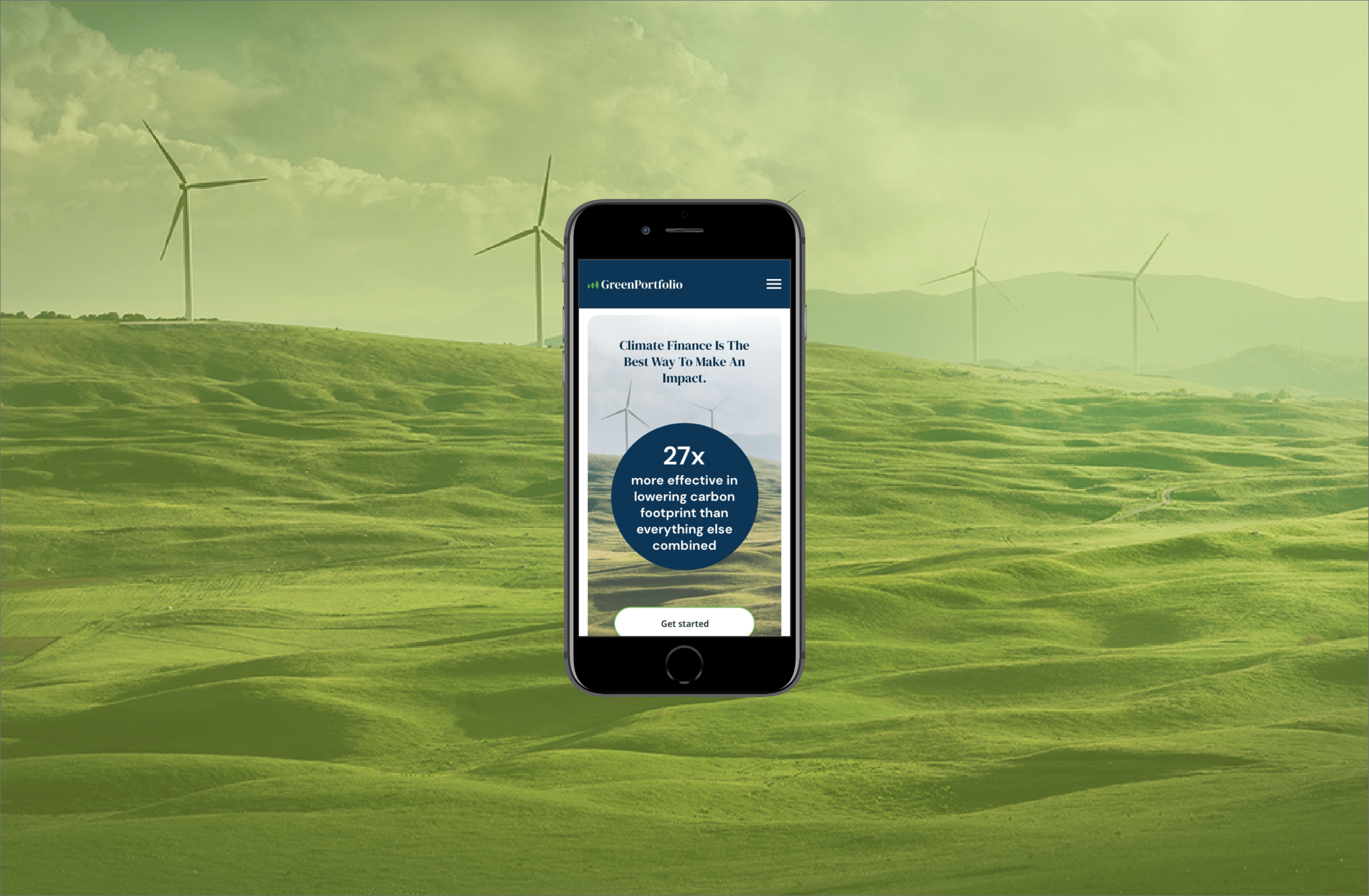 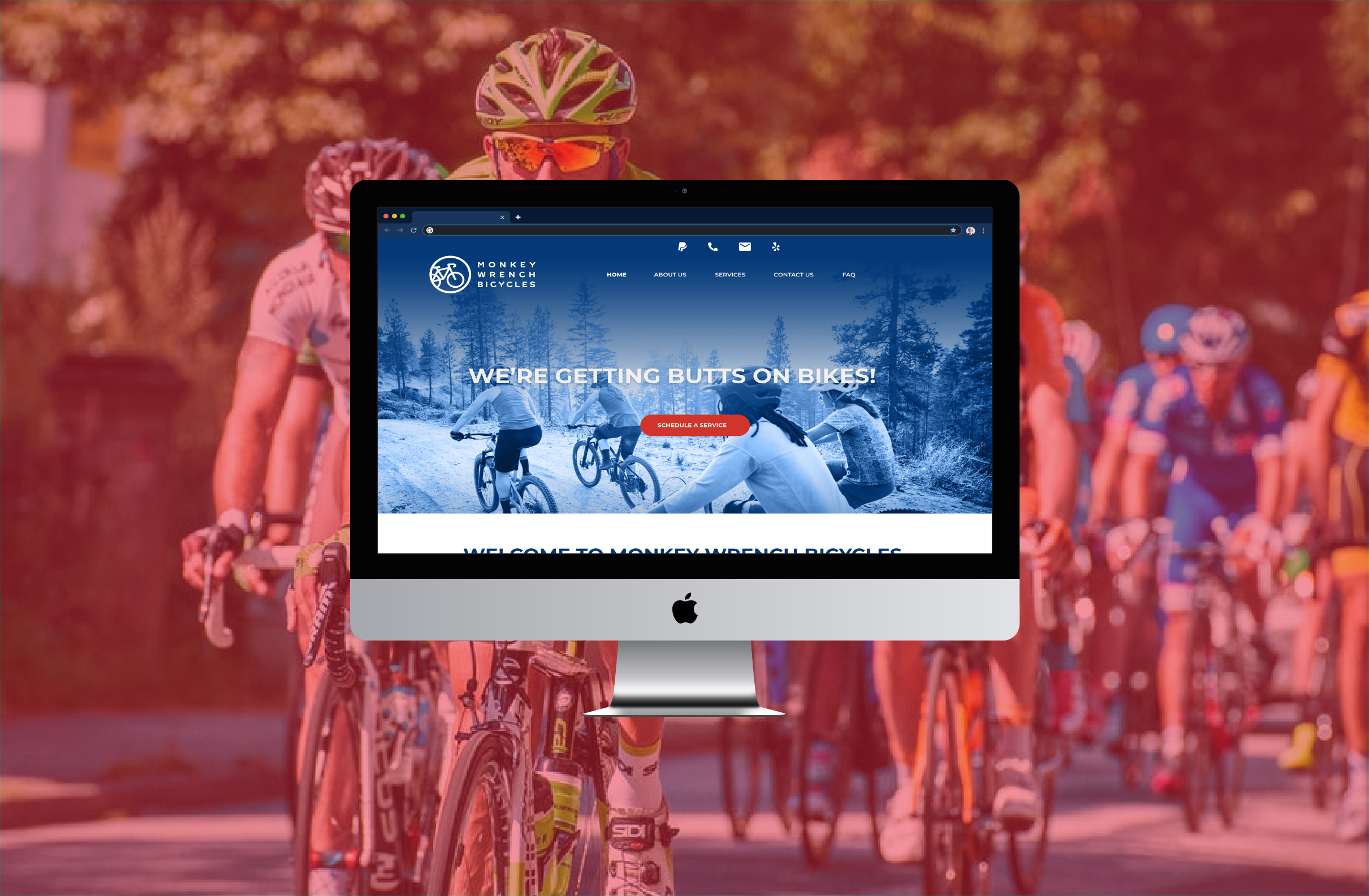 Provide the details of your project, request some time to chat, or just say hello.

Thank you! Your submission has been received!
Oops! Something went wrong while submitting the form.